Getting your hearing checked and being in communication with your hearing health professional on a regular basis is part of ensuring your overall health and well-being. If you find yourself asking friends and family to repeat themselves many times a day—even though the results of your last hearing exam were good—you may have a hidden hearing impairment.

Scientists have done great work in understanding what hidden hearing loss is and its causes since its initial description less than six years ago. Researchers at the University of Michigan reported a new, unexpected cause for the auditory neuropathy, a step in the direction of treating it, in the publication Nature Communications.

“If people can have hidden hearing loss for different reasons, having the ability to make the right diagnosis of the pathogenesis will be critical,” says author Gabriel Corfas, Ph.D., director of the Kresge Hearing Research Institute at Michigan Medicine’s Department of Otolaryngology – Head and Neck Surgery.

Corfas published the study with co-author Guoqiang Wan, now with Nanjing University in China, and together they used mice to discover that disruption in the Schwann cells responsible for making myelin, which insulates the neuronal axons in the ear, leads to hidden hearing loss. Therefore, hidden hearing loss could be responsible for auditory deficits present in acute demyelinating disorders like Guillain-Barré syndrome, which can be brought on by Zika virus.

To model Guillain-Barré syndrome, Corfas and Wan induced loss of myelin in the auditory nerve of mice through the use of genetic tools. Though the myelin regenerated in a few weeks’ time, the mice developed a permanent hidden hearing loss and damage to a nerve structure called the heminode remained.

The synapses connecting hair cells with the neurons of the inner ear are lost over time when the ear is exposed to prolonged loud noise. It has previously been shown that the loss of these synapses is a mechanism that can lead to hidden hearing loss.

Only a few of the synapses are needed to identify sounds in the quiet testing room of an audiologist. On a busy street, however, the ear must activate specific synapses to sift through environmental sounds. If the synapses are not all present and working, it can be hard to discern noise from speech. This is hidden hearing impairment, Corfas says.

“Exposure to noise is increasing in our society, and children are exposing themselves to high levels of noise very early in life,” he adds. “It’s clear that being exposed to high levels of sound might contribute to increases in hidden hearing loss.”

Corfas’ group has previously succeeded in regenerating the synapses in mice with hidden hearing loss, which, in turn, offers the possibility of treatment. During this work, Corfas began to investigate other cells in the ear, which led to uncovering the new mechanism.

If you find that you have to ask people to repeat themselves often, even after having your hearing examined and receiving good results, ask your audiologist if you could be experiencing a hidden hearing loss.

Unfortunately, no cure yet exists for hidden hearing loss. As scientists and researchers become more familiar with the condition, however, they hope to develop medication to treat it. In the meantime, researchers like Corfas and Wen are navigating this new terrain with inspiring results.

The good news: hearing loss is a treatable condition. With the use of hearing aids, people with hearing loss are reconnected to their loved ones, their favorite activities, and their community. Hearing aids help with speech recognition and allow wearers to process and focus on the sounds they want to hear in their environment.

Check with your hearing health care professional to see if you should be tested for hidden hearing loss. As research and technology are fast-progressing in the world of hearing health, treatments could be available sooner than you think.

Stephen Yontz is Founder and President of FitHearing – a new-patient referral service for local practices with a focus on maintaining and valuing professional Audiology and hearing care, while serving an emerging market for price-shopping, informed hearing aid consumers. He is Co-Owner and Director of Operations for an Audiology practice in Nashville, TN, and shortly after assuming this role, he recognized a need for the support of those patients that are not willing to pay the “seemingly” high price for traditional hearing care – those that inevitably seek alternative solutions that do not meet the basic needs of a person suffering from hearing loss. 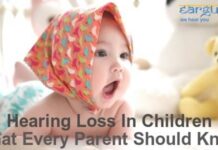 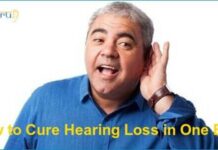 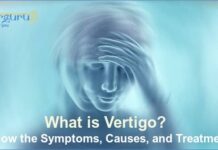 What is Vertigo? Know the Symptoms, Causes, and Treatment

This site uses Akismet to reduce spam. Learn how your comment data is processed.