Home » Blogs » Hearing Loss » How Does My Ear Work?

Our Hearing is one of the five senses we humans depend on for everyday work and enjoyment. The organ of hearing is the Ear. This organ does the job of sensing, collecting and processing of sound signals. A fact not known to most people is that the Ear also helps in maintaining equilibrium in our body. The Ear balances the action of walking, bending and other physical activities.

It is important to understand how the human ear works. Let us look into the different parts which make up the Ear. The visible part is the Outer Ear. The Ear does not consist of only the visible parts. The other two sections which are not visible are behind the skull. These parts are the Middle Ear and the Inner Ear.

Each section and region of the ear has a special design and plays an important role. It is amazing how the human ear works.

The Outer or External Ear.

The Outer Ear or the External Ear consists of two sections.

The Pinna is the soft flabby cartilage part of the ear. The basic function of the Pinna is to collect the sound waves and direct them towards the ear canal. At times we see some people with hearing loss using the palm of their hands to direct or focus the sound into the ear. The Pinna performs exactly the same function.

The second component of the external ear is the Auditory Canal.

The Auditory canal or the Ear canal is the tube running from the outer ear to the eardrum. The Ear canal carries the sound waves towards the Eardrum or the Tympanic Membrane. This is the cavity or the area where we generally put our finger. This part of the ear secretes Earwax. The Ear canal ends at the eardrum.

The Eardrum is a membrane which moves when the sound waves reach it. The eardrum is also known as the Tympanic Membrane in scientific terms. The tympanic membrane is very delicate. The total diameter of the membrane is around 8 to 10 mm in diameter. The membrane stretches itself on all sides with the help of small muscles. The eardrum can rupture or tear by a loud explosion or an external object. It is not advisable to insert any object in the ear. Repairing the tympanic membrane is a simple operation.

These bones are so named as they physically look like or resemble a Hammer, Anvil and Stirrup. The 3 bones touch the Eardrum at one end and also touch each other. This helps them to conduct or carry the vibrations produced by the eardrum. The Malleus or the hammer touches the eardrum. The Stapes or stirrup is the last bone.

They not only conduct or transfer the vibrations but also amplify them. The vibrating bones pass on the vibrations to the fluid which is present in the Inner Ear. A stone thrown into still water causes similar vibrations and ripples.

The Eustachian Tube is a tube which starts at the back of the throat and opens in the Middle ear. This passage or tube opens whenever we yawn or swallow something. Eustachian tube helps in equalizing the external pressure and the internal pressure. The Eustachian tube gets blocked or swells due to infection or other reasons. The blockage in the tube prevents equalisation of pressure in the middle ear. The imbalance of pressure causes an earache. Some people experience an earache in the plane while landing or taking off.

The inner ear is the most complex part of our Hearing (auditory) system. It is safely located in a tiny space and protected by a very hard bone. This area is difficult to reach for direct clinical examination by the ENT Doctors.

The Cochlea is a very delicate and important organ of the Hearing process chain. Thousands of Hair Cells immersed in the fluid line the inner surface of the Cochlea. These Hair cells convert the mechanical motion into electrical signals. These signals reach the brain through the Auditory nerve. The vestibule (labyrinth) and semi-circular canals function are to maintain balance or equilibrium. Any imbalance in this area causes Vertigo.

Proper care of the ear is necessary. Consult your family Doctor or an ENT (Ear, Nose and Throat) Doctor for any ear related problems. 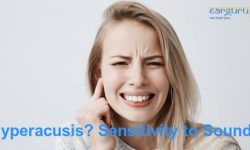 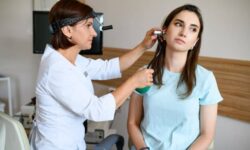 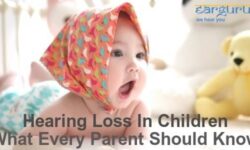 Are You Searching for an Audiologist and Speech Therapist? Post YourRequirement