The World over communities have their beliefs which are passed on from one generation to another. It is more prevalent in societies where certain topics are not discussed freely and education levels are low. Speech disorders in children are common and tips on the cures and remedies are passed on from mothers to daughters. While some suggested remedies are scientifically proven but some do create misunderstandings and are detrimental to the child’s health. Parents should be aware so they can detect the symptoms early and consult a Speech therapist and start Speech Therapy for children at the earliest. We list below the common Speech disorders and 6 common myths and the real facts.

1. It Happens with Children at this Age.

The parents are well aware that the child stutters or stammers or does not pronounce the words properly. The general belief is that the problem will go away with age.

Not that it cannot happen, the child may stop stuttering or stammering or the speech will become clearer. But it is advisable to consult a Speech Therapist for an opinion. It should not be too late to start speech therapy exercises. Delayed Speech development will also result in delayed reading and writing skills which will ultimately affect the child’s progress at school.

2. Is the Child too Small to Undergo Tests For Speech Disorders?

Some parents think that their child is too small and it’s too early to subject them to medical tests. These beliefs are unscientific and hospitals conduct hearing loss tests while they are a few days old.

It is not advisable to delay the visit to the Speech Therapist. Speech professionals are experts trained to handle young babies. They can reliably check Speech problems in children and hearing loss before the child can start speaking.

3. Are Boys Slower than Girls in Picking up Speech Skills?

Boys start speaking much later than Girls. Believe it or not, it’s true.

It is a well-known fact that girls start speaking before the boys do. But it does not mean that one should delay testing, however, the age difference is not much. It is a fact that since girls mature earlier, they also acquire other skills faster than boys.

If the parents feel that the boy’s speech is somewhat delayed, they should refer to boys of similar age. A comparison with the talking skills of other boys who have started speaking will help.

4. The Child is Not Speaking. Are they Stubborn or Lazy?

At times, the parents believe that the delay in speech development is because the child is stubborn or lazy and does not talk much.

Observe the child carefully or consult a Speech Therapist for confirmation.

5. Should we Wait until the Child Starts Going to School to Confirm if there is a Speech Disorder?

Some parents delay visiting the Speech Therapist hoping that the child may start speaking after joining the school.

The general belief is that mentally retarded children also have Speech disorders.

Even if the child has other problems, it is not necessary that it will affect the speech too. It is a known fact that children with low IQ have exceptional conversational and foreign language skills. This is medically known as the “Chatterbox Syndrome”. The child can be very well trained by the Speech Therapist to express themselves though they might be mentally retarded.

You can check out this video for some simple tips on Speech Therapy.

The following chart indicates the approximate speech development stages. This will help in alerting parents whether the child is developing normal speech.

Parents should rely on professional help more than the myths and beliefs. Though the home remedies practiced in the past may not be entirely wrong but development in science has come a long way. New technologies and speech therapy techniques are much better and help in early normalization of the child.

Parents are generally protective of their children and may not visit the Speech Therapist due to the social stigma. The penetration of the internet has made it possible that speech therapy for kids can be comfortably done at home without visiting the clinic. Read about the advantages of speech therapy at home and do not hesitate to contact the Speech therapist at the earliest. 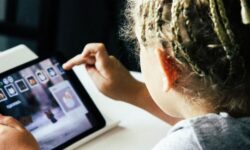 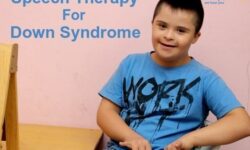 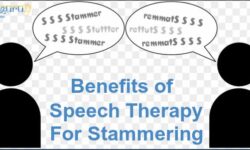