Earwax or Cerumen is a yellowish substance excreted by our ears. Every one of us is familiar with earwax and think we know about earwax removal at home.

But are we using the right method for cleaning or earwax removal? Caution! We may be risking damage to our ears. It is advisable that you read the article and do not try methods which could be dangerous.

Is ear wax something dirty or unwanted? Is it a sign of bad ear health or hygiene? Obviously, the answer is a big NO. It is a natural secretion of the ear and has a lot of benefits. It stops the dust from getting in and protects the delicate ear canal. Ear wax normally helps in lubrication of the ear canal. It also prevents bacteria, fungal infection and water getting in. In fact, the total absence of earwax may lead to dry ears resulting in itching and flaking of the Ear Canal.

A small amount of ear wax is healthy and perfectly normal and does not affect the ear health. Some people secrete a little too much. If this excess ear wax is not removed regularly it leads to blockage of the ear. The earwax is normally produced in the outer part of the ear canal, a little away from the eardrum. If the mass is near the eardrum or almost touching it, chances are that your finger has pushed it in. This may cause earwax blockage.

We freely use cotton buds or Q tips or any convenient tool like a bent part of the hairpin. Avoid this at all costs, more often than not, it leads to accumulation and compaction. This results in earwax blockage of the ear canal.

Earwax blockage in the ear canal or the feeling of plugged ears is not the only problem. It can also lead to earache, ringing in the ears (Tinnitus), itching and bad odour. Even temporary hearing loss and infection in extreme cases.

Majority of the people generally try home remedies for cleaning or removal. Please note that inserting cotton buds, Q tips or hairpins should be totally avoided. Also, avoid going to roadside quacks found in some Countries. These quacks are not scientifically trained. They do not use an Otoscope to look inside the ear canal and use unconventional implements to scoop out the wax. Cleaning by unqualified people can prove dangerous.

The recommended home remedy for earwax removal is with the use of Hydrogen peroxide. The basic idea is to soften the accumulated wax and dislodge it without using an external object. Using foreign objects may hurt our ears. Doctors use forceps and other metal tools as they are experts in earwax removal. One can also use earwax removal drops marketed by pharmaceutical companies. They work as earwax softeners. These earwax removal drops are easily available over the counter at your local chemist.

The color of the earwax indicates whether the person has infection, the chart below is a good reference.

Follow the Instructions Below For Earwax Removal at Home

1. Use of Earwax Removal Drops

Hydrogen peroxide or earwax softener drops available have to be used with caution. Users must read the instructions regarding number of drops to be used at a time and not use more than the recommended dose.

Most of the earwax softeners available over the counter contain some form of hydrogen peroxide and Carbamide Peroxide is the most common type.

Hydrogen peroxide is considered safe if the concentration is low, generally, over the counter eardrops have 5 to 6.5% concentration of Carbamide Peroxide. Excessive use can lead to side effects and reactions.

Side Effects Of Hydrogen Peroxide For Earwax Cleaning

Some people experience adverse reaction while using earwax softening drops, below are some of the side effects:

Earwax softeners marketed by reputed pharmaceutical companies have the correct dilution; people using pure Hydrogen peroxide should make sure that the concentration is kept low. A concentration of over 10% can lead to blistering, skin irritation and at times skin burns.

High concentration can also cause ear aches and swelling in the ear. If one experiences the above reactions, the Hydrogen peroxide can be drained out by facing that ear down so the peroxide spills out. Pour a few drops of warm water in the ear and drain it. Repeat this action a few times till the burning sensation stops.

Medicated Ear drops for softening and dislodging wax are highly recommended. One can also use oil to dislodge the wax.

Please note that the home methods are only advisable for grown-ups.

DO NOT try these home remedies on children, it is advisable to take your child to a pediatrician or to an ENT doctor.

What If The Above Method Does Not Work?

Regular check-up for earwax buildup in children is very important. The accumulated wax will temporarily reduce the hearing due to earwax blockage. Your child may find it difficult to follow the teacher if he or she is sitting some distance away in the classroom. This may result in your child falling behind in studies. Maintain Ear hygiene at all times.

1 thought on “Tips for Earwax Removal at Home” 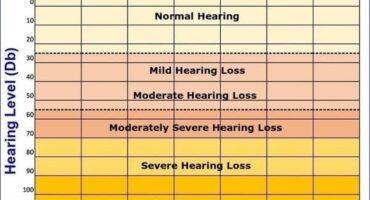 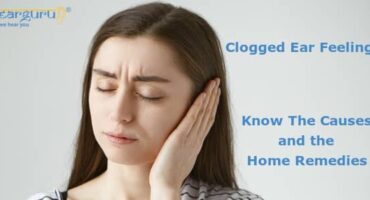